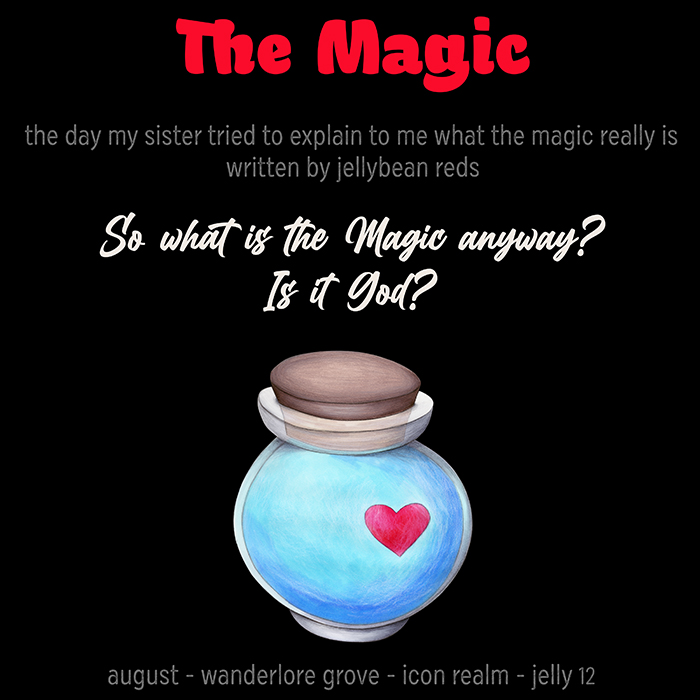 At first, when my sister, Poppy, and I discovered the Magic that allowed us to create little creatures, we weren’t really sure what we had gotten ourselves into or, for that matter, what exactly the Magic that we had invited into our lives was.

Eventually though, as our number of creations multiplied, we started wondering just where our obsession was leading.

Why did we have to pledge to never oppress the creatures we were creating?

Why did we have to pledge that we would never stop creating—ever?

What would happen if we did want to stop?

One afternoon, my sister and I were lounging by a crystal clear stream hidden from the rest of the Wanderlore Grove behind a thicket of brambles, thistles and the finest thorny roses. We were creating in our Creation Books and, once again, I found myself thinking about these questions.

Poppy, reading my mind—as she often did when we were creating together—answered my unspoken thoughts. “We can’t stop creating. The Magic won’t like it.”

My pen halted mid-stroke. “Why would the Magic care?”

“Because we promised. We can’t break our word.”

“But can’t we change our minds?” Not that I wanted to stop creating, but I somehow didn’t like the thought of being obligated to a mindless power.

I had never thought of God as being limited before, but I went with it. No one knew the ins and outs of ethereal stuff like Poppy did.

Poppy knew I was skeptical. “The Magic isn’t a power, it isn’t an entity, it’s more complicated than that.”

I drew a question mark in my Creation Book. A cartoonish replica of this mark appeared in the air between Poppy and I, shimmering like a hunchbacked fairy.

“Each of us is born with a piece of the Magic tucked away inside.” She motioned to her heart.

“But, there’s another piece—a hidden piece—that we must discover later on.”

“When we ‘discovered’ the Magic, we didn’t discover a power, or an entity, but a missing piece of ourselves. This hidden piece is our purpose—our calling. The piece of the Magic we’re born with allows us to discover, connect, then stay true to our chosen path. That’s why we had to promise. It was our decision not the Magic’s. ”

Poppy’s words felt like the Magic itself was talking to me. I went back to my creating feeling whole in a way I hadn’t felt before.

To this day, I still don’t know if the Magic is a persona or a power or something in between, what I do know is that for the Magic to work, you have to stay connected to it—always.