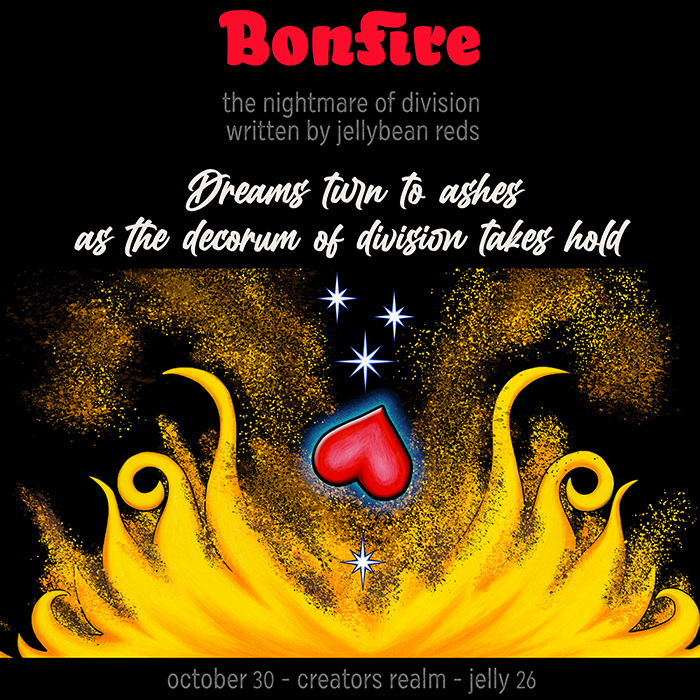 Every autumn it comes.

Before the Night Between the Worlds, the townspeople gather. At the site of the burning, they bring their parcels. Bundled in their arms are the trinkets representing the broken wreckage of the year: friendships that frayed, engagements that ended, children never born, lives that ended too soon, and the hardest of all, the dreams that never would—never could come true.

How did we become lost in this nightmare without end? How did we lose our own selves within the cells of broken worlds that never change?

Our fall, so the Legend goes, came at a time of great division. We no longer saw each other as individual souls but as members of tribes we no longer understood.

When the enchantment finally took hold, we found ourselves imprisoned in an existence we were powerless to change. We were manipulated to see only the worst in others. We feared to believe in the goodness of our souls. We were isolated and alone even as we lived in places populated by millions like us.

The bridge we needed to escape to a new reality couldn’t be built. Building took imagination, and we were forbidden to dream our own dreams.

The night falls. Soon the bonfire will be lit.

This year, when the embers fade, will we be bold enough to try another way?