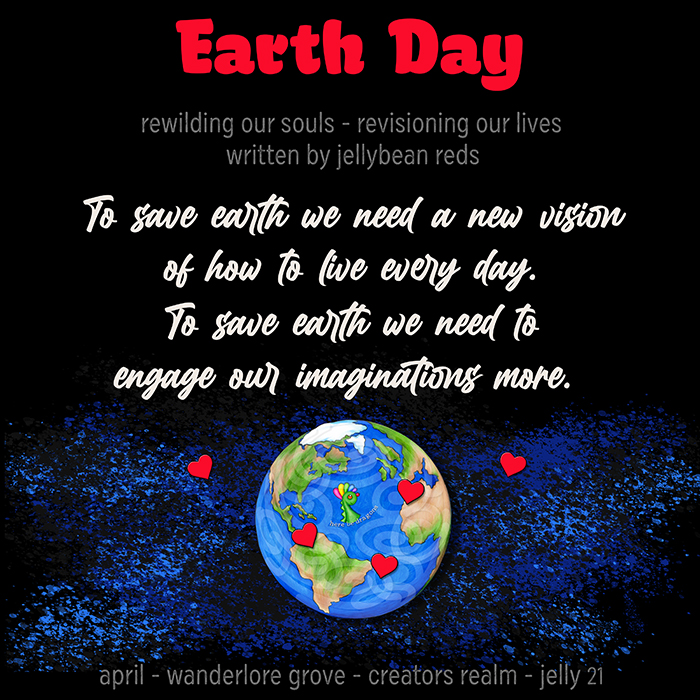 This is cause for celebration!

In my Realm, especially amongst the Wanderlores, Earth is revered. There are Legends about its history, stories about how it became uninhabitable and deeply held hopes by the most devout to return one day.

I’m telling you this because, since you’re living in a time period where Earth still has humans on it, I want you to realize that you can change the future by changing you now.

I’m not going to go off on specific causes such as recycling or climate change because I believe the problem is much bigger than just those two things.

Being a Wanderlore for a few years now, I believe that the reason some problems never get solved is because it’s never approached in a holistic manner.

Earth has always been an ecosystem. There are the oceans, the sky and the land, the animals, the microbes, the insects, and the humans, to name but a few.

Some believe it was modern society and its inherent pollution that led to the destruction of nature.

This is part of it, but I believe something else was also at play. You see, when everyone moved to the cities, they didn’t need to rely on nature in the same way as when they lived closer to the land.

Living in this disconnected state, people lost the ancient wisdom that our ancestors knew and appreciated. They forgot that they were just a small part of an awesome tapestry. By super-sizing their importance, they super-sized their life-styles and what they thought was necessary to live.

Thus, for this Earth Day, I suggest you go deeper into your understanding of how the Earth actually works. Learn about its various ecosystems. You might find, in addition to climate change and an over-abundance of plastics in the oceans, there are other things that need tending to.

I’m not here to give answers—my job is to give you clues as to things you might want to research and get involved in.