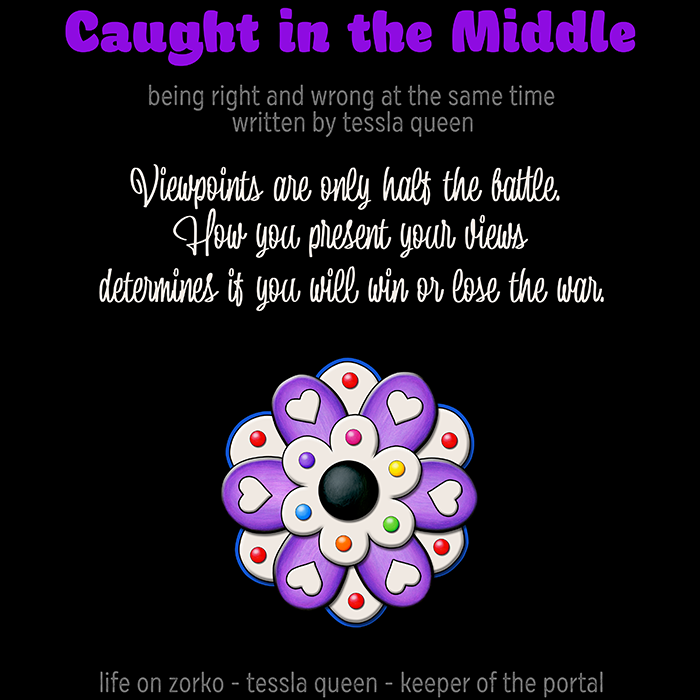 As I’ve written before, I don’t like to write about me. However, considering the division we face, I feel that the life experiences of a neuro-diverse and empathic person might come in handy.

First off, I’ve been bullied most of my life. People on the left may feel that this bullying certainly came from the right side of the aisle where “people just don’t accept differences.”

I’m sorry to tell you this, but you are wrong.

I’m very progressive in my views. The thing that I am not is loud, demanding or condescending.

Growing up, I lived in a very divided house. I watched bitter and ugly arguments rage around me from the time I was a toddler.

I never liked seeing this vitriol. It was scary to someone like me. As I grew older, I was demonized because I couldn’t bring myself to participate in these shitfests with the same alcohol-fueled eagerness that those around me felt.

It occurred to me at quite a young age that the more people yelled and put down one another, the more the things they truly cared about went unheard.

The same thing is happening today.

I’m an empath. The best way to describe what this means is that I have an uncanny ability to read peoples’ souls.

Lately, this ability has put me in awkward situations.

At dinner parties, for instance, I am not going to be the gabby one—especially if there are conflicting viewpoints lurking in the souls of people present. I prefer to listen and observe. If I comment, I choose to answer in a way that won’t inflame the situation.

In the past, this used to be an effective way to keep out of the spotlight. Stress brings on a form of selective mutism at times and I don’t like feeling voiceless. Ever since four years ago, however, I have been looked down upon for not actively taking a side and letting rip with my opinions.

This has come much more from the left side than the right side.

I have been humiliated in front of dinner guests at Pesach dinners because certain people read my non-combative nature as somehow siding with the enemy.

To the people who have done this to me—you scare me. I sense you care more about your cherished ideas than the actual people your ideas are supposed to help.

You can’t “repair the world” if you are condescending to the average person on the opposing side of your argument. The average person isn’t represented by the circus clowns who hold public office or the talking heads who blather nonsense.

This is why people on the right think that those on the left are arrogant and soulless. You say you care, yet you’re willing to shun, crap-on and otherwise act like total assholes towards people who believe differently than you.

People can change, yet there is an art to making this happen.

Again, to the people on the left, I’m on your side. However, the anger and hate that some of you project towards people you don’t know has got to stop.

If this is how you choose to act, I cannot stand with you.

I create little creatures because I have been bullied my entire life.

I wish to change peoples’ hearts.

Peoples’ hearts are strange things, they can be quite soft and tender at times, which means that many times they are fortified by walls built to protect and shield them from harm.

Peoples’ hearts can be reached—not everyone’s—but enough to move the world forward.

If you really want to change the world, I would suggest you try to touch the hearts of people you don’t know. Kind words work, as does listening and understanding. Be curious about what other people think and feel.

Oh, and leave your militant attitude at the door.